Learn how to avoid private investigators. Perhaps that is something Dory should have done.

How is it that the most nutty character, Dory,  in the movie Finding Nemo actually teaches a very valuable principle?  Let me assure you, it is not how to speak whale, it is what to do when you realize that you are being followed by a private investigator.

There are certain times when it is most likely that you will be the subject of an investigation, ways to recognize surveillance, and ways to avoid private investigators or "burn" the investigator.

WHEN IS INVESTIGATION BY A PRIVATE INVESTIGATOR LIKELY

Even the Hollywood image of police or private investigators conducting surveillance on a subject make one thing very clear, there must be some reason to investigate the person.  The most likely reasons for investigation include when you have filed a claim with your insurance company for personal injuries, if you are involved in litigation, or for divorce or child support/custody issues.

Essentially, there must be an incentive to discover some detail of your private life, such as breaching any sense of bank privacy you think you have, before you need to think about avoiding private investigators.  Otherwise, hiring a private investigator to do surveillance on you is just a very expensive hobby.

When you want to avoid private investigators then you should be cognizant that the economic resources of the person or entity that might be investigating you is also a clue to how much surveillance is actually being conducted on you.  In a small lawsuit or in an average divorce proceeding, there are probably only a handful of days, 4-5, over the course of several months in which surveillance is actually being conducted and the instruments of surveillance are probably low tech.

The higher the value of the case or divorce, the more resources are likely to be allocated to the surveillance, thus more days in the same period of time devoted to it and the more sophisticated the surveillance is likely to be.  If there are specific events that are the subject of the underlying dispute, such as visitation days of children when the fitness of the parent is at issue, the likelihood of having to avoid surveillance on those occasions is much higher.  Common sense is a good guide as to when, how and how often a private investigator might be following you. 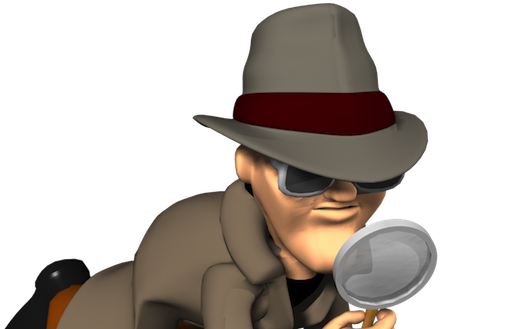 To avoid a private investigator you should probably be aware of one! Far from the image of two guys parked in front of your house for hours in a sedan, drinking coffee and eating fast food, investigators use much more sophisticated methods to avoid detection because avoiding detection is the name of the game for them.

The most obvious signs that you are being followed by a private investigator are that you see an unfamiliar car in the neighborhood, you notice a car or a person following you, or if you notice a stranger taking pictures or video of you, your property or your neighborhood.

Some other signs that a private investigator is following you are that your friends and acquaintances tell you they have received phone calls or visitors asking about you or you get an increased number of wrong numbers or hang-ups.  You may also want to check under your car for any tracking devices that might be attached to it.  Once you suspect that you are under surveillance by a private investigator, you may then take action to disrupt or avoid surveillance.

HOW TO AVOID A PRIVATE INVESTIGATOR

Many people, upon discovering that they are being watched, immediately engage in evasive action, either overtly or covertly, to lose their investigator.

This is especially useful if you think you are being watched but haven't identified the snoop.  If the investigator doesn't think they have been discovered, they will simply return another day and probably still get the information they were looking for.

If you have identified an individual as a suspected snoop the best way to avoid being followed and ruin their case is to confront them about it.  This takes some guts, especially if you aren't certain about their activities, but it lets them know that they have been burned.  Keep in mind that the investigator will never admit that they are investigating you.

Even if you catch a private investigator taking pictures of you they will come up with some lame story about how they grew up in your house and are just reminiscing about old times or something like that.  If you are wrong about being followed by a private investigator, you may look weird but there will be no real harm done to the other person.

To really avoid private investigators the key to ending surveillance and avoiding surveillance by private investigators in the future is to then follow them until they leave.  I have no qualms about recommending this because if they can do it to you, you can do it to them.    You do not need to hide the fact that you have reversed the roles, it is actually better if they know you are watching them.

You may either be up front about suspecting that the private investigator is following you or pretend that you believe their story and pepper them with questions about the details of what they are doing and why.  If their behavior is truly suspicious, you may even be able to notify the police. In either case, the investigation is probably going to end because the investigator has been burned.  You can also think about becoming a resident of Uruguay.

USE BITCOIN TO REMOVE YOUR FINANCIAL TRACKS

Bitcoin is a very useful tool to eliminate financial tracks to avoid private investigators and protect you from identity theft. Bitcoin is a decentralized digital currency that empowers you to send money without it being tied to your identity.

That means for a private investigator there are no credit card statements that could be compromised from digging through your trash, pretexting or bribing someone. With services like BitSpend or BitSumo you can use Bitcoin for almost all of your transactions. This will help remove the financial tracks that a private investigator may use to find you.

You can get a copy of the Free Bitcoin Guide to learn more about how to acquire, store and spend bitcoins. An excellent example is with a VPN.

USE A VPN TO PROTECT DIGITAL TRACKS

Although it would take an extremely skilled digital private investigator it is still possible that your Internet tracks are being snooped on. This could happen when you use your own private WIFI network, a public network or other Internet connection. Additionally, your ISP could keep logs which they may release to a pretexting private investigator.

One solution to protect yourself is to use a Virtual Private Network. To protect your financial privacy and ensure that your identity is not connected to the account we highly recommend only trusting VPNs that accept bitcoins. For these reasons we recommend Private Internet Access.

If you suspect you are being followed, play the game and follow your follower.  The best way to do this is to openly confront them about following you, much like Dory confronting Marlin, and then openly follow them until they leave.  This will keep your private life a little more private from any investigator that might be following you.

You can also avoid surveillance cameras, keep out of transactional databases, avoid pretexting and ensure tools like Spy Bubble are not on your cell phone(s) to protect your phone conversations to make private investigators jobs much more difficult.  The book How To Vanish has lots more tools and techniques you can use to avoid private investigators.